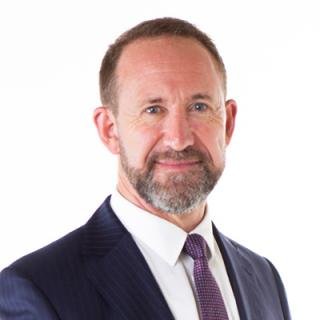 The Minister of Justice Andrew Little points out that 79,000 victims of family violence are 79,000 too many – a sentiment also shared by Merran Lawler, general manager (Kaiarahi) of National Network of Family Violence Services.

Minister Little was commenting on the findings from the recent Ministry of Justice’s report Offences by Family Members, which showed that 79,000 New Zealanders have been victims of family offending – including physical assault, sexual assault, harassment and threatening behaviour, property damage and robbery – in the past year.

“However, we need to look at the other side of these statistics: if there are 79,000 victims of family-related violence then there are likely to be just as many perpetrators of that violence. Ensuring the safety of victims is paramount. The singular best way to do that is to stop the violence by ensuring that every perpetrator can and does access services to address their offending behaviours,” Ms Lawler says.

Most of the perpetrators who are currently seen by specialist family violence services do so either because they have been charged with a family violence-related crime or a protection order has been made against them. In those cases the Ministry of Justice and Department of Corrections fund specialist agencies to provide perpetrator intervention and behavioural change programmes.

“The problem with that approach is that it occurs only after the perpetrator has entered the justice system and has been ordered by a court to do a non-violence programme. There is very little available to perpetrators who voluntarily seek help (self-refer) to change their behaviours before they are charged with a crime or a protection order is made,” Ms Lawler says.

“We have agencies which daily turn away men who are voluntarily saying, ‘I want to stop hurting my family, I want to change’.”

“While some funding is made available by MSD to work with self-referred perpetrators, the vast majority of our 34 agencies are not funded to deal with self-referrals. We have agencies which daily turn away men who are voluntarily saying, ‘I want to stop hurting my family, I want to change’.

Often the short answer is, ‘We have to wait for you to hit the justice system, for you to be sent to us by a Court before we have money to help you’,” Ms Lawler says.

“It’s a nonsensical approach – turning away perpetrators who want to change, who are prepared to commit to the work involved and turn up each week while struggling to ensure the attendance of reluctant programme participants who are only there because the Court told them they had to do it.”

“We are just waiting for them to hit the justice system, which means someone has to get hurt or killed before the perpetrator gets help.”

If it is true that only about one third of family violence cases are reported to police and there were 79,000 victims in the last year, it means that we have at least 53,000 perpetrators out there who did not hit the justice system and therefore have little or no hope of getting specialist support to change their behaviours.

“We are just waiting for them to hit the justice system, which means someone has to get hurt or killed before the perpetrator gets help.”

For more information and to arrange to speak with Merran Lawler contact Paulette Crowley at [email protected] or 027 231 5970. Our website is www.nnfvs.org.nz.

This media release was first published on February 21, 2020.