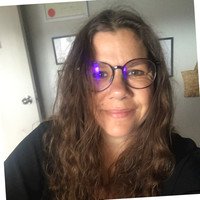 Cinnamon Boreham first encountered the power and control wheel — a therapeutic graphic tool that explains how abusive partners can use power and control to manipulate relationships — about 26 years ago when she was completing refuge training as part of her degree in humanities.

As she learnt more about the dynamics of power and control in relationships, she realised they were playing out in her own relationship.

“I thought to myself, ‘That’s what he does to me’. It taught me I don’t have to stay in that stuff. That guy and I parted.”

These days, Cinnamon runs Stopping Violence Dunedin, which had about 800 clients through its doors in 2019.*

The “prescribed dose” of 20 therapy group sessions over 40 hours is only the start of effective healing and rehabilitation from the cycle of violence.

“Twenty sessions is absolutely not enough. In reality, it takes years to heal those entrenched patterns of behaviour.”

The agency takes a therapeutic approach in treating clients, rather than only using education and prevention strategies.

“We work dynamically with issues in the here and now. For most people, there is an absence of a place for them to be able to talk. We have to be therapeutic in our approach to be able to create a really safe space to get to the depth of what it is that people need to discuss.”

Without blame, we have to ask, ‘What happened to you?’,
rather than ‘What’s wrong with you?’.

Violence is almost always caused through trauma of some kind, says Cinnamon.

‘I haven’t experienced people coming in that haven’t had trauma – it’s normally the case that perpetrators were victims first. It doesn’t excuse their inappropriate behaviour but it helps give us a context to understand why they are the way they are. Without blame, we have to ask, “What happened to you?”, rather than “What’s wrong with you?”’.

Ensuring the safety of victims and children and “privileging” their voices in every conversation is imperative, she says, but addressing the abuse or trauma the perpetrator has experience is equally as important.

“Some people who come through the doors feel like they’re pretty useless. Sometimes we have to get what’s happened to them before we can get to what they’ve done to others. They need to feel safe enough and secure enough to be able to own what they did.”

Trauma and its long-term effects

While a person may deeply love their partner or family member, if their early childhood experience has been one where there’s been a lot of violence and breach of trust, they’re likely to duplicate that in some way or another in their relationships in the here and now, Cinnamon explains.

“When you’re a little person and you grow up in neglect, and/or violence with a lot of yelling, it creates scars and patterns of thinking and behaviour. Sadly, what happens is that it gets entrenched and then there’s a duplication of that in each relationship that they have. It takes time to break those patterns and create new patterns.”

It’s important to acknowledge that not everyone who has suffered from abuse will go on to abuse or use violence she says.

“I guess it’s about the right conditions in their lives. For some people, there must have been interruptions where they had enough goodness to get through somehow, by some miracle. Maybe they got enough of something good for them to be able to make good enough decisions.”

The way we socialise men and women plays a powerful yet complicated role in the development of family violence dynamics: for example, typically, men are socialised and encouraged to shut down emotionally whereas women are encouraged to express themselves, Cinnamon says. This is a contributing factor as to why some women are more likely to move toward abusive relationships and some men are more likely to become violent.

“We should never blame, though… it’s complex – you need to get help to understand the nuances of family violence. We should be asking, ‘How can we support you to live a more fulfilling life?’”

What happens in therapy

Group sessions are the primary therapy for perpetrators of violence at Stopping Violence Dunedin.

“We get them to identify their own trauma – we might talk about violence that’s happened to them – sexual abuse or other violence. We also talk about intergenerational violence.”

“We put behaviours “that aren’t flash” into context with education and theories wrapped around them.

“We help them understand how their brain works. We talk about issues in the here and now. Someone might say, ‘I had a scrap with my partner or kid’, and we work through that in a conversation.”

Most clients – who range from executives to people just out of prison – are frightened of getting help. However, clients repeatedly report the relief they feel in realising that other people are going through the same issues, and that they’re not alone, Cinnamon says.

“Coming through the doors is a major step. Normally we have them for about 4-6 weeks and then they settle, get over their anxiety and realise they’re not freaks.”

Issues that feed into family violence are also identified and dealt with in the agency.

“In our organisation, we work with the impact of trauma: the anxiety, depression and addictions. We don’t silo those off.”

If couples affected by violence want to stay together, they can get therapy to build the tools they need to move forward.

“When it is safe for families and couples to work together we encourage it, because a lot of families want to say together. But there are some relationships that people just need to get out of – they’re absolutely unsafe and not okay. They don’t have the right tools or right sense of self to make it work.”

Cinnamon encourages couples and families to work together to recognise that violence is a system they are a part of.

The notion that violence is a system also extends to societal attitudes and understanding, she says.

“We need to look at the context, to understand systemically what’s gone on for people and look at how we can work with people better.”

A punitive approach to perpetrators doesn’t seem to be helping, if we look at New Zealand’s family violence statistics, she points out.

“What I see working is a form of therapy – creating a community for people in the context of whanau, hapu and iwi – the things that are missing in people’s lives.

“We need to stop blaming people. I’m certainly not undermining the victim’s experience nor suggesting she is in any way responsible but there needs to be support and care around everybody. I don’t mean that we don’t invite people to take responsibility for their actions but it’s not productive to start that process by blaming and shaming.”

The power of group therapy goes to another level when clients see change is possible – usually from witnessing the recovery of long-standing members.

Some clients have attended the groups for as long as six years.

“Those men really work to settle the new men, who offer hope to see that change is possible. It’s another therapeutic intervention – it’s the idea of reciprocity, of giving back.”

Sometimes friendships outside the groups form, extending the power of the therapy programme into the community.

“The group is a source of peace and feeding their wairua that they don’t get in other areas of their life. It does actually work as a prevention tool to keep their family safe.”

*Referrals and funding
Men and women, perpetrators and victims and voluntary and mandatory referrals make up the 800 clients Stopping Violence Dunedin serviced in 2019. Of that group about 400 were mandatory referrals from government agencies such as the Ministry of Justice, Ministry of Social Development and Oranga Tamaraki, which usually fund 20 x 2-hour sessions of therapy per client. The remaining 400 self-referred clients are usually able to have their therapy provided through private funding. Sometimes services are donated by staff for free. “The rest of it we have to make up. We ran at a loss last year,” Cinnamon says. “But we want to provide proper wrap-around care for the person. We are really responsive to risk and need.”